Joint custody is the joint exercise of custody, in which both parents will decide on the child’s life on an equal level, regardless of the period of stay of the children with each parent. They will have the same responsibility, whether for leisure time or for the most relevant decisions for the life of the child. Joint custody is a new model, whose proposal is to jointly make the most important decisions regarding the child’s life, even after the end of the marital relationship. In joint custody, priority is given to the engagement of both parents in the growth and development of their children, who will then share responsibility for decision-making.

In Nepal, the law has not clearly mentioned about the provision of joint custody. According to Article 115 of the Civil Code, 2017 when a divorce case is filed in the court of Nepal, one party will win and the other will lose. That means there can only be sole custody over the child. With the sole custody, only one parent (most commonly the mother) has the right to keep the child and another parent can only visit the child at the given date and time. This can have an adverse effect on a child’s psychology. But the court always considers the best interest of the child. Therefore, if the father and mother both have agreed upon the joint custody of the child, then the court will accept their decision.

The ongoing modality of joint custody in Nepal

In Nepal, the legal proceedings regarding joint custody are based on various modalities. Such as:

1. Specify the time of child custody

2. Not to affect the existing establishment

Special care should be taken not to affect the child’s psychology during a divorce. It is in the best interest of the child to keep him where he is living at the time of divorce and where he is most happy and thriving positively. Husband and wife at the time of divorce should also think as father and mother. They should not make the children as their toy or the tool to fulfill their ego. therefore, for the betterment of the future of the child, it is better if both parents agree to keep the child in his current home. And the parent who is currently looking after the child should give the continuity to the rearing and upbringing of the child.

3. Consider the welfare of the child

4. Taking turns in the rearing of the child

5. Don’t make the children the weapon to tackle your issue in the court

According to the law of Nepal, after the divorce, the wife gets the property share on her husband’s property. And the wife can even demand for the property share of children as well. If the wife keeps the children with her, then the husband has to pay the wife the alimony or the maintenance allowance for the child support. To avoid the sharing of the property and to avoid the payment of the alimony, most of the husband tries to keep the children with him even if the children want to live with the mother. This can have a negative impact on the young minds of the children. therefore, for the welfare of the child, it is better that neither of the parents should use their children as the weapon in fulfilling their own selfishness.

Joint custody if agreed upon by both parents can be a beneficial arrangement to raise the child. Joint custody gives both the parents the opportunity to raise their child turn by turn and share the responsibility and the financial burden together. 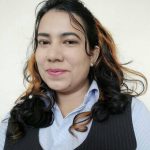 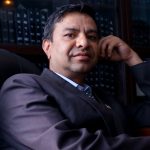 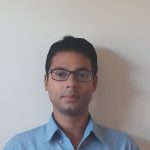